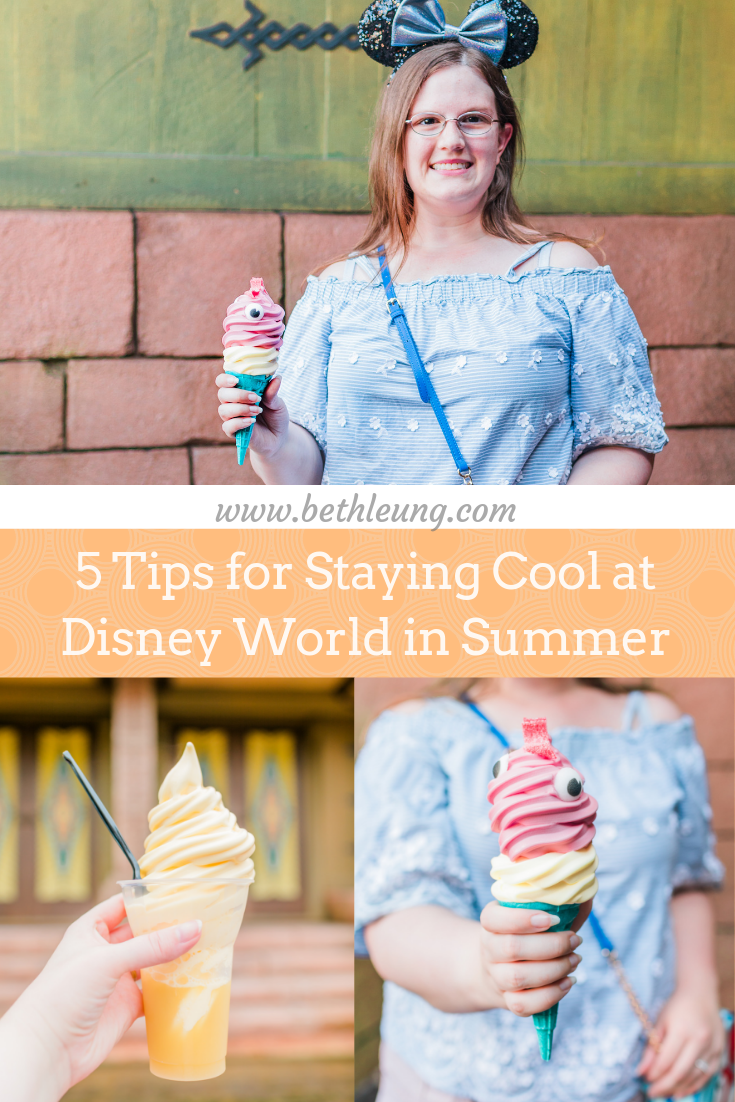 As new Orlando transplants, the first order of business has been figuring out how to adjust to the Florida heat! Well, maybe that was actually second– first was becoming Walt Disney World passholders.

It may only be May, but it’s already so hot and humid here.

Being the excited new passholders we are, the heat hasn’t kept us away from the parks though, it’s simply forced us to be more creative in keeping cool while there.

So with that I wanted to share 5 Tips for Staying Cool at Disney World! 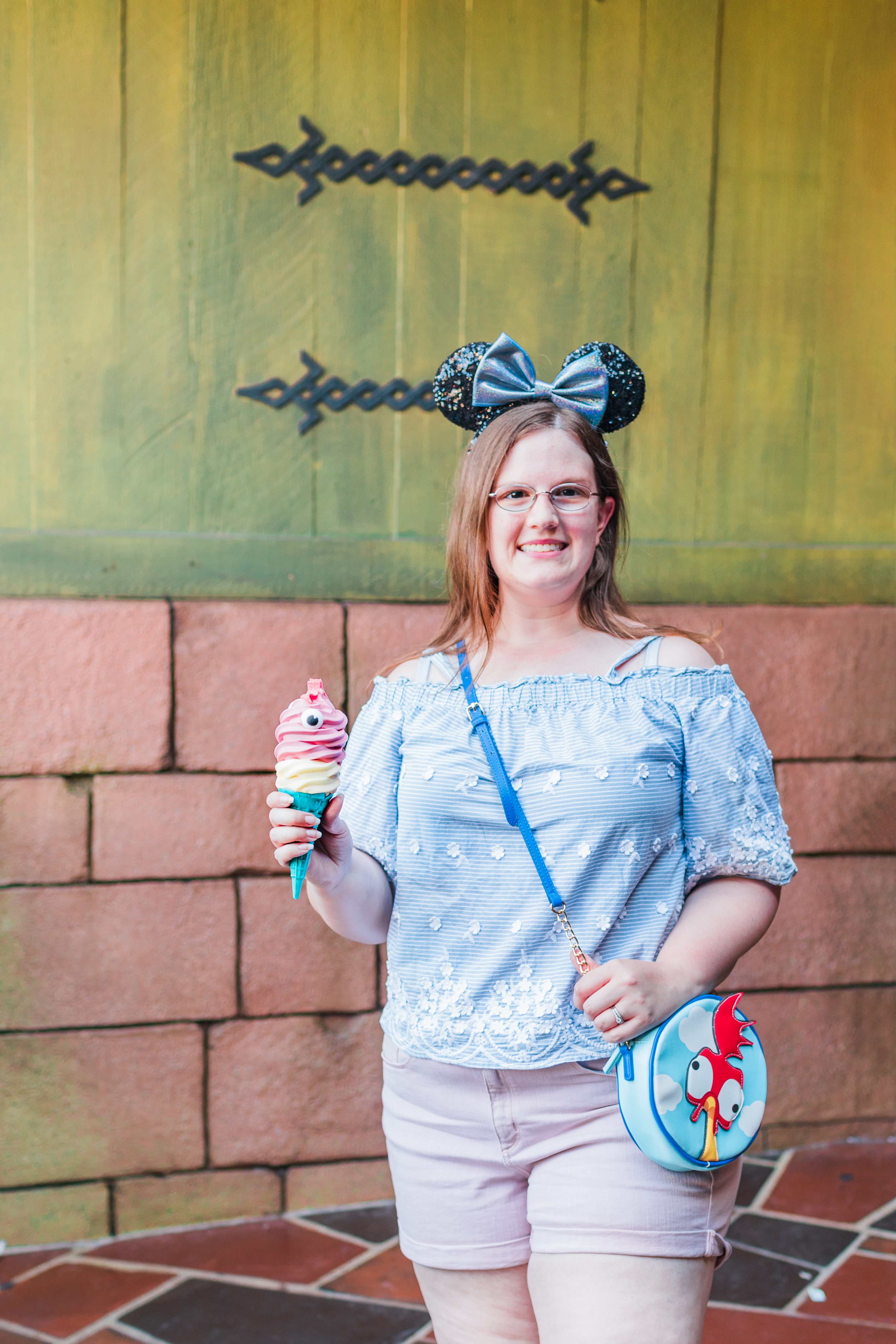 Now this one may seem like a no brainer, but it’s easy to get wrapped up in the magic that is Disney — running around the parks, riding rides and totally forgetting to drink water.

Luckily you can grab a free cup of ice water at any quick service counter… or my personal favorite spot, Starbucks.

If you’re still adjusting to the taste of Orlando water like I am (sorry Orlando, but your water tastes terrible!) you can just as easily bring your own water into the parks.

I find that I’ll bring a bottle into the parks with me and then I’ll also have a bottle waiting in the car either in a cooler in the trunk or in a nifty Yeti so that it isn’t disgustingly warm by the time we get back to the car. Which also always happens to be when I find myself most dying of thirst.

Again, this might seem like another no brainer, but I’ve seen it happen in the parks so many times already! Girls complaining they’re hot and miserable (or even passing out) because they chose fashion over function.

The trend as of lately has been wearing Spirit Jerseys in the park, which are sold everywhere and for every occasion. And while I love to rock a cute Spirit Jersey as well, I definitely check to see what the weather will be like for the day. If it’s over 85 degrees do I really want to be roasting inside long sleeves? Probably not!

This doesn’t mean you can look stylish in the parks though. Just opt for more flowy fabrics, girly sundresses or even cutely styled tees to help you stay cool while at Disney World.

Also, if it’s going to be real hot and humid, pack a second pair of clothes to change into. I use this trick all the time and trust me, you’ll feel like a new person!

Now that we’re locals we’ve found that it’s great to go to the parks early and then leave by noon when it’s too hot, or wait until evening to head over for some late night fun.

I know this isn’t always doable when this is your sole vacation time, but you can still carefully plan your day to avoid feeling like you’re melting!

Pack your mornings and evenings full when it’s cooler and then slow it down during the heat of the day.

Whether this means heading back to your hotel to rest or get in some pool time, or simply taking in some shows to take advantage of the cool AC, just try to avoid being in the sun for prolonged periods of time midday!

Honestly, some of my favorite rides in the parks are water rides anyways, but they just feel even better when that Florida sun is sweltering. Splash Mountain and Kali River Rapids anyone?

While most of the water rides don’t get you soaked, they will cool you down a bit especially during muggy afternoons. If you can’t stand feeling even slightly damp afterwards, just wear a poncho or bring a change of clothes in your backpack.

Just make sure to snag a Fastpass in advance or else plan on lines being long due to others having a similar idea to cool down. 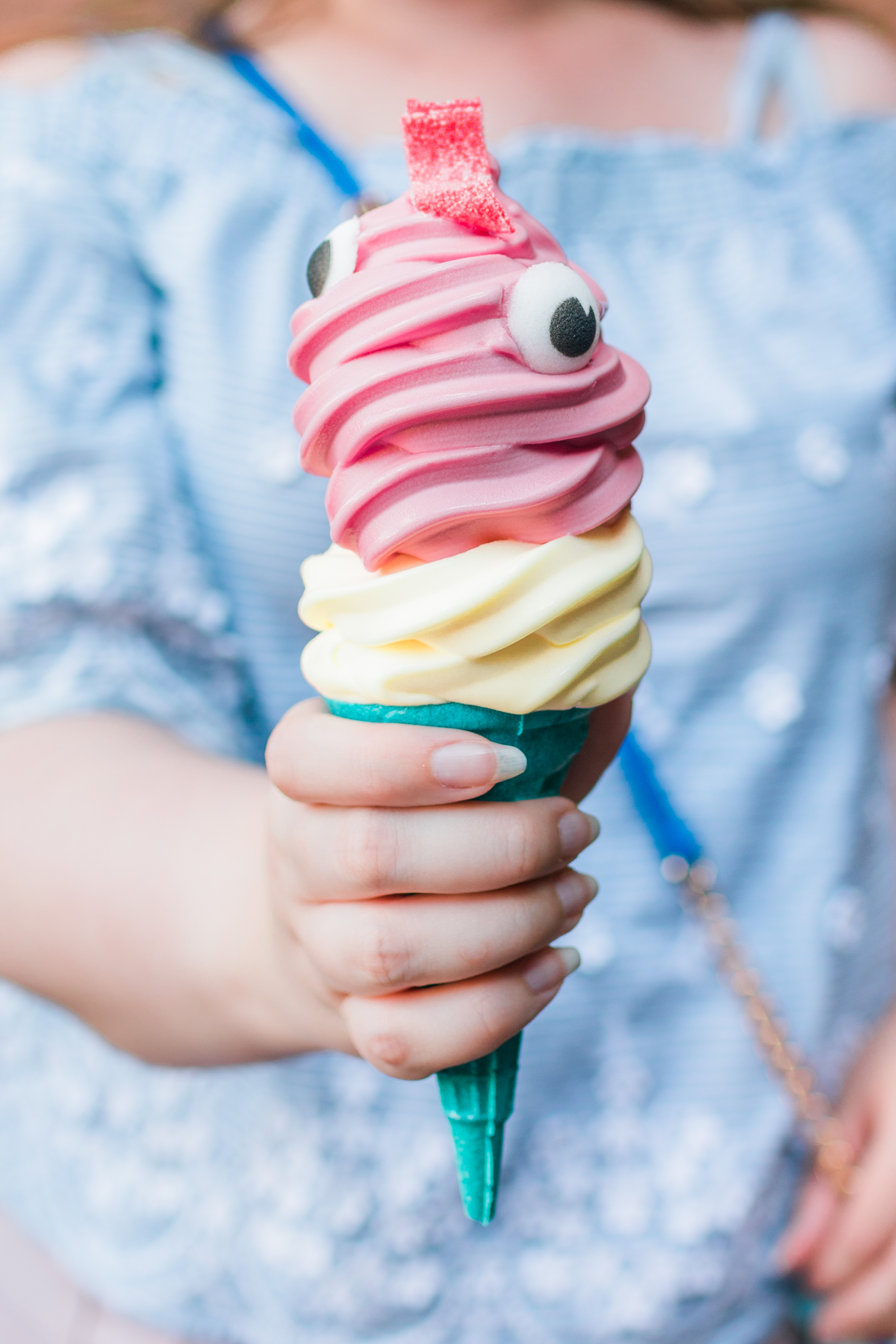 Disney has always been known for their snacks and if timed right, they can be the perfect way to cool down.

Skip the popcorn or churros (I can’t believe I’m even saying that!) and instead grab something frozen.

My personal favorite will probably always be Dole Whip, a Disney classic, because what can I say? I’m a sucker for anything pineapple as my go-to. But they’re also always coming out with new and adorable treats to try like this year’s adorable Hei Hei-inspired ice cream cone.

So why not taste your way around the Kingdom to beat the heat? Plus, it’s a great way to load up on cute Insta-worthy photos!